A Basket of Grimes Golden Apples

I took my sewing machine in to be serviced and there on the front porch of the shop were apples for sale.  This is so common in my neck of the woods - beautiful produce for pennies out in the country when the gardens and orchards are overflowing, available by happenstance. 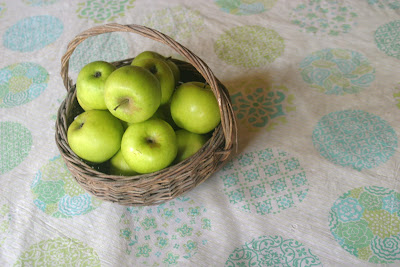 So I bought more apples than would fit in my wooden bowl and put these, the Grimes Golden, in a basket.  I had never had or seen Grimes Golden apples before; I bought them because I recalled their name from my Virginia Mennonite cookbook, Mennonite Country-Style. 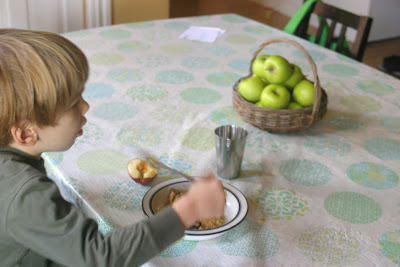 I think this bunch cost $2. 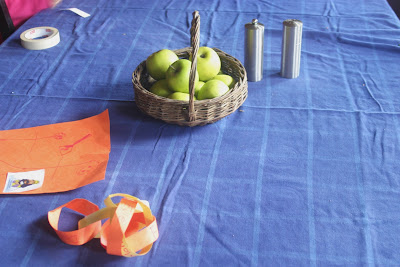 The basket graced our table for a week or two.  I just love a functional centerpiece.  I made a pie, a crisp, and a cobbler, each time taking a few Grimes Golden apples out of the basket.  Did you know that baked apple desserts and applesauce benefit from using several different varieties of apples?  It's true! 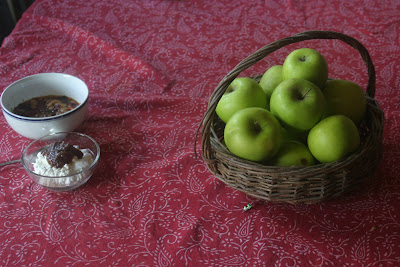 I roasted the last Grimes Golden apples last night in a pan of brown sugar and butter, to be eaten with plain yogurt (and toasted almonds, except I forgot).  We ate them for dessert with my sister at her house.  She is recovering form surgery to repair a torn ACL, poor thing, so we've been helping with meals and whatnot as much as possible. 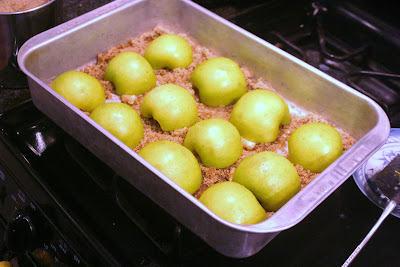 Now the Grimes Golden apples are gone. I learned that they are quite soft and mealy and very tasty.  There are very crisp Golden Delicious and (my favorite) Cameo apples in the bowl now.
Posted by Margo at 7:33 AM