I had already put a pair of little girl's brown boots in my shopping cart at the thrift store, when Phoebe seized these little brown oxfords.  She insisted that she wanted them, not the boots.  I usually ignore such requests because she changes her mind back and forth about five times every time there's a decision. Literally every time.

But when I threaded ribbons in them instead of their brown laces, Phoebe and I were truly thrilled. We call them her "ribbon shoes" and she loves wearing them.  Three dollars from the thrift store and a few minutes of lacing - I'm pleased! 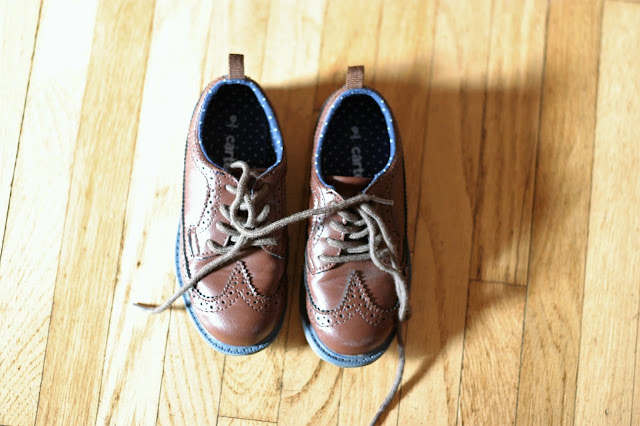 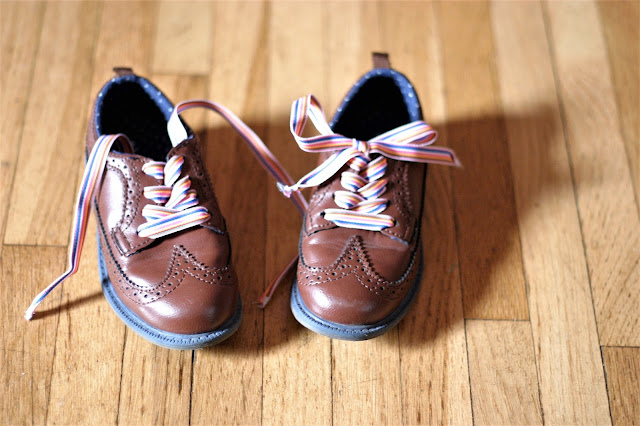 The reason to make these sheet-pan meatballs and chickpeas is for the flavors.  It's got several steps and components to the meal (unlike sheet-pan chicken which blew my mind with its simplicity and flavor, and so far no sheet-pan meal has topped that). 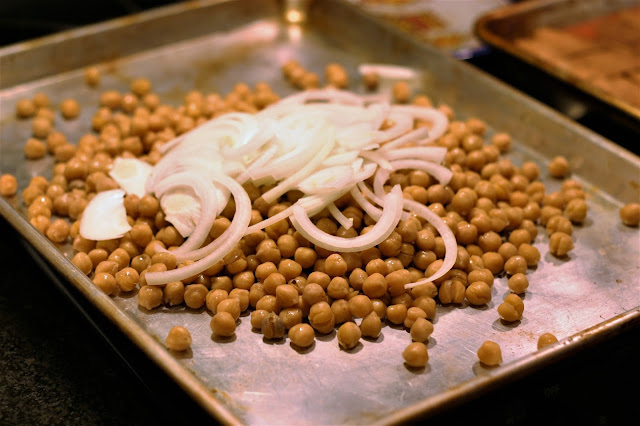 I got the recipe from Smitten Kitchen and tweaked it a bit to make it even easier.  As is the case with sheet-pan meals, we all loved it, so that's an incentive to go through a few extra steps.  I also like how meat is present here but not dominant. 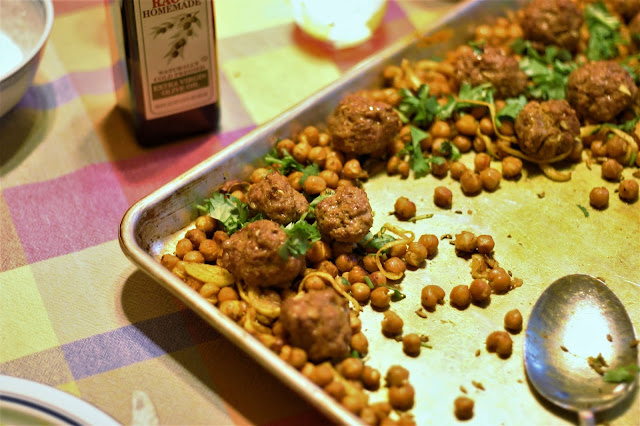 Besides the meatballs, chickpeas, yogurt, and onions, we also had steamed broccoli and French bread. I have some big kid appetites to reckon with.

Also, the yogurt with salt, pepper, and lemon juice was a real revelation. I've since salted and peppered plain yogurt a few times just because it was so delicious. 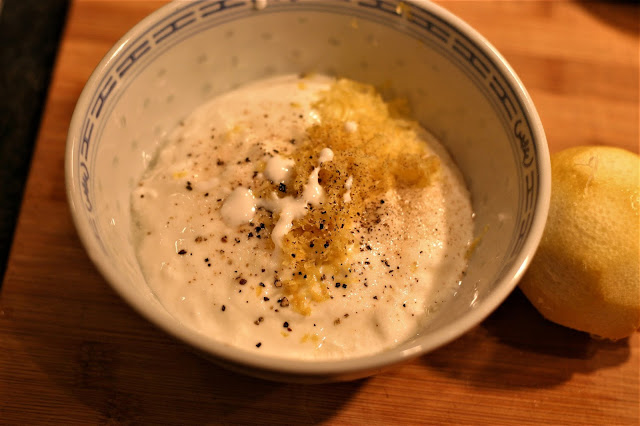 Sheet-pan Meatballs and Chickpeas with Lemon Yogurt and Onions

Prepare the lemon yogurt and lemon onion toppings and set aside.

Mix:
half a large onion, sliced thinly
zest and juice of half a lemon
1/4 tsp. salt
few grinds fresh pepper

Toss to coat.  Roast at 400F for 25 minutes. Form 1" meatballs while the chickpeas roast. Place meatballs on top of chickpeas after 25 minutes are up, and roast again for about 15 minutes, until meatballs are cooked through. Sprinkle with 1/4 cup chopped cilantro. Serve hot with lemon yogurt and lemon onions.  Bread or pita on the side is really great. 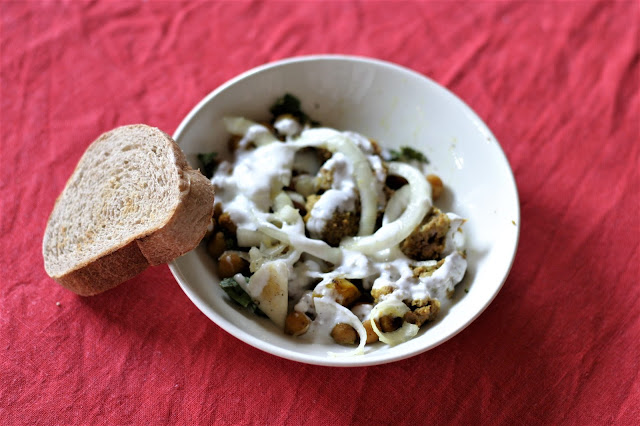 "Something stylish but not fashionable"

"There's a certain type of woman who is always dressed in something stylish but not fashionable, expensive but never ostentatious, exquisite yet hard to place: some thoughtful, meticulously cut piece of clothing that channels the contemporary moment while remaining aloof to trends." - Amanda Fortini in T, December 2017 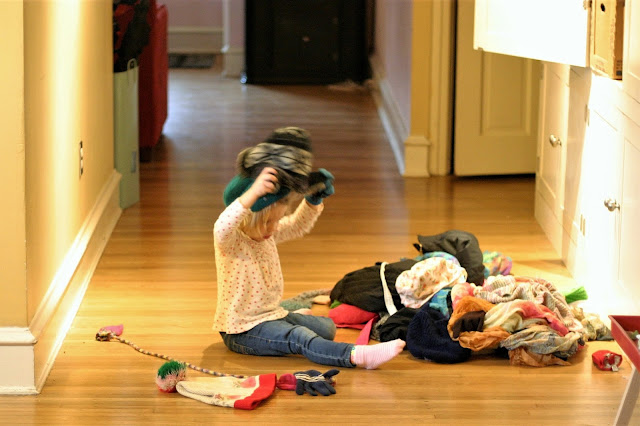 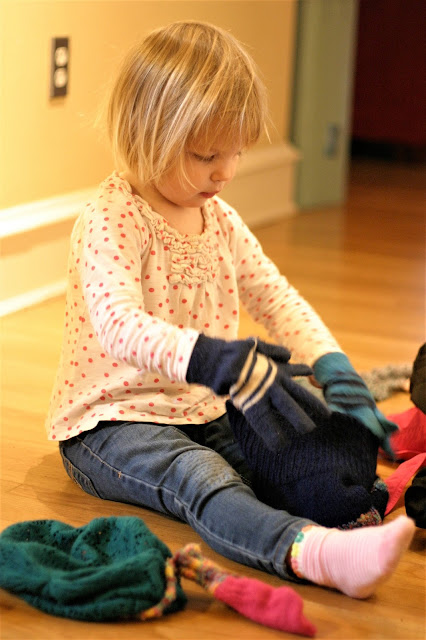 Now that sums up some dressing goals for me! Except for the expensive part.

I've never been trendy, but I do love clothes and looking nice.  I've found I can wear trendy skinny jeans with some more off-beat, whimsical tops and that looks current.  I also adore plaid and polka dots, which are generally classic and trend-proof.  And I try to wear on-trend shoes, which is not easy because I have big feet and almost always have to order shoes online (try on and return, try on and return - the expense! sigh).

Are you "stylish but not fashionable"? What are your tips?
Posted by Margo at 6:26 AM 10 comments:

Phoebe had her mitts from last year, but now that she is so big, she is out of the stroller and down on the sidewalk needing to pick things up.  That is hard when you don't have your thumbs! So I made her some mittens. I figured if I could knit socks, I could surely do mittens. 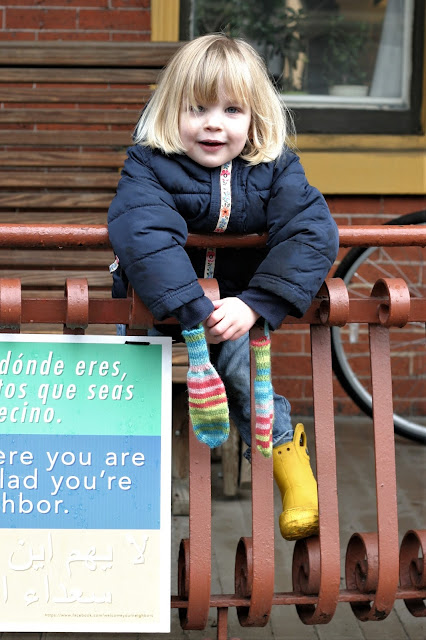 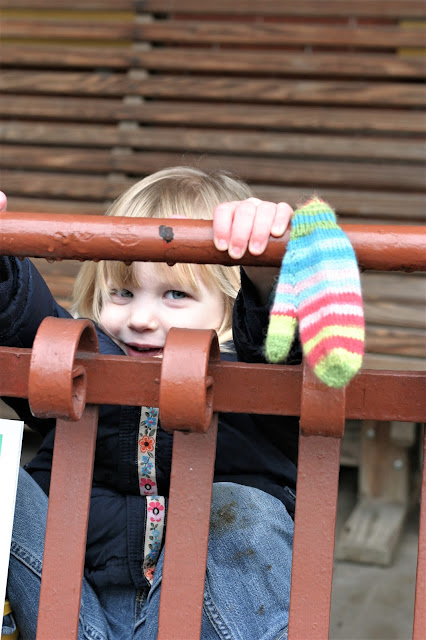 The pattern, World's Simplest Mittens, has the ribbed cuff being knitted with size 0 needles, which felt like knitting with flexible toothpicks.  And the resulting cuff is almost too tight to get over Phoebe's hands.  I think the idea is that mittens would fall off without a tight cuff, but since I put them on an I-cord, that's not an issue for Phoebe. So I'll remember that for next time.  I also found the decreases confusing at the top of the mittens, and the mittens don't lay flat the way I think they should. 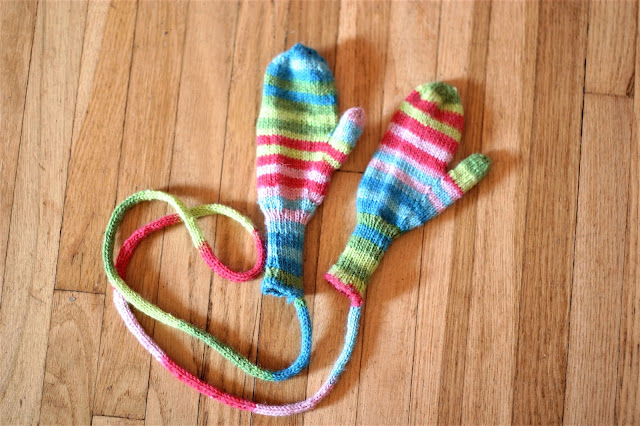 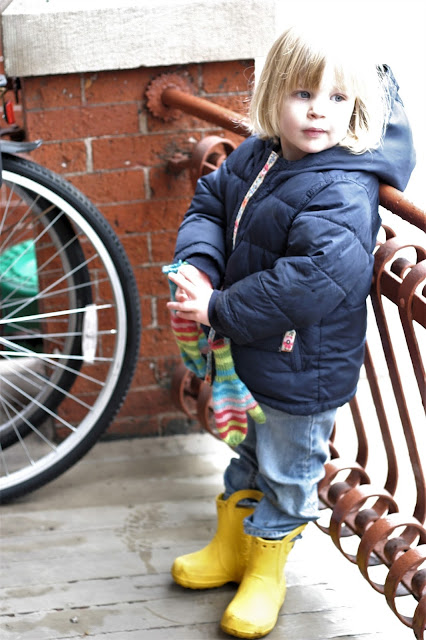 The yarn is called Meadow Stripes by Patons, and I adore the colors and how the mittens are fraternal, not identical, twins. 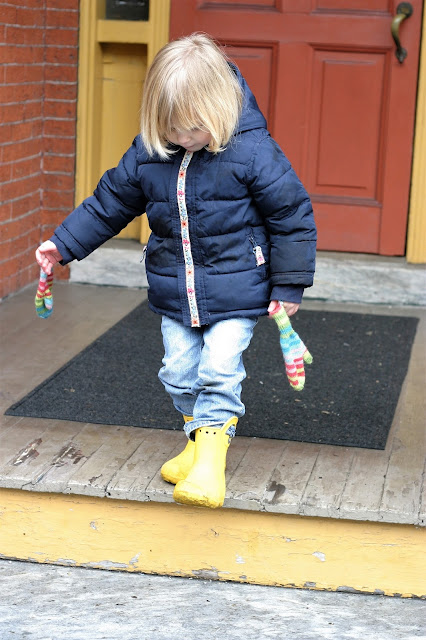 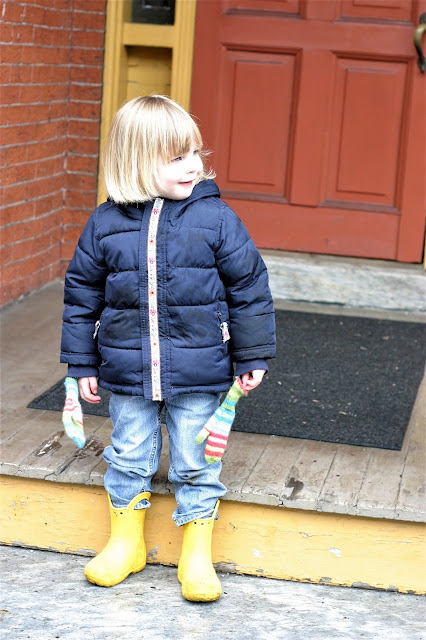 Phoebe also adores her mittens and handily picks up any old thing she finds on the sidewalk; we've now had lessons in What Phoebe Can Pick Up (basically, sticks and pennies). 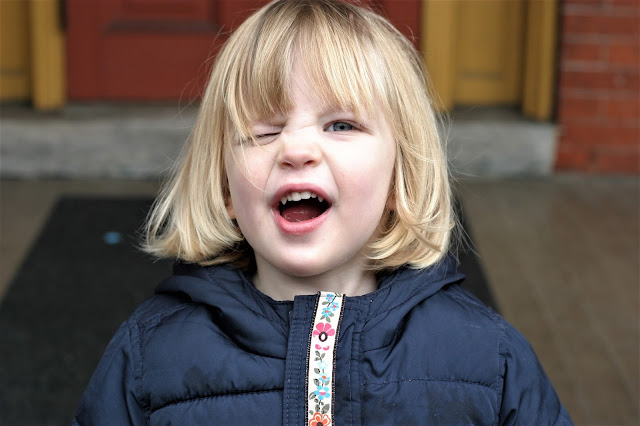