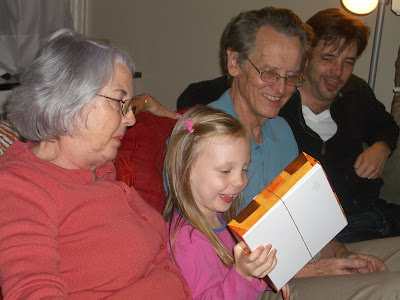 Genevieve turned five!  She appears to be addicted to the old song about the fox - she liked the book illustrated by Peter Spier and now she has the CD. I feel like a fuddy-duddy buying a CD, but it was simpler than trying to buy an ipod and all the business that went with it.  I mean, I have a CD player already. 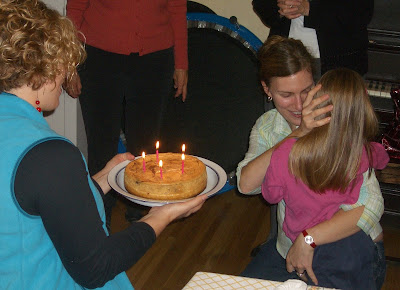 We indulged her food requests for the birthday celebration.  First, she wanted pizza and french fries and I confess I freaked a little (it's like choosing purple and pink in combination! icky).  But I asked her the day before her birthday and she still wanted pizza, but instead of fries, she wanted miso soup.  THAT'S MY GIRL. 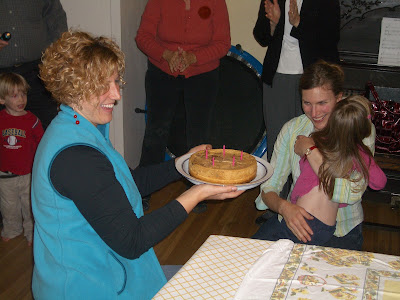 So we had miso soup and sushi for lunch and pizza for dinner.  And she wanted a pumpkin cheesecake for her birthday cake, for the little family party we had. I used the Pumpkin Chocolate Cheesecake recipe in Simply in Season and was disappointed.  The flavors are not strong enough, in my opinion. 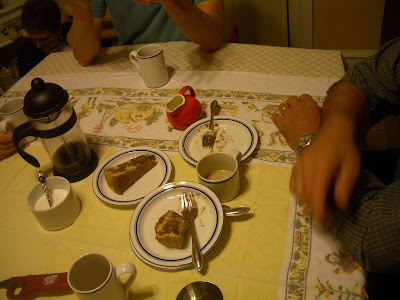