Ben was running around wearing his eight shirt the other day, when my  husband said, wait, aren't you nine years old?  (How did that happen?  My heart, my little boy!  He looks like a gawky teenager in an adorable way) 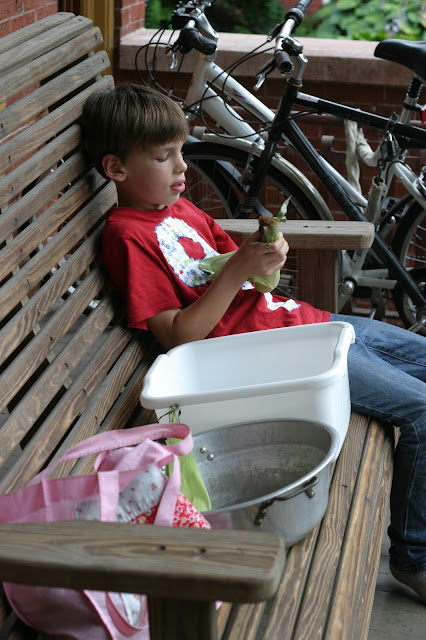 He turned nine way back in April, and I finally made him a nine shirt.  It's from these pajama scraps. No sooner had Ben put it on than he got in an argument with a sibling and the shirt got yanked, pulling loose some of the seams where I had pieced together the nine out of little scraps.  I mended it with a topstitch zig-zag, and he was off and running. 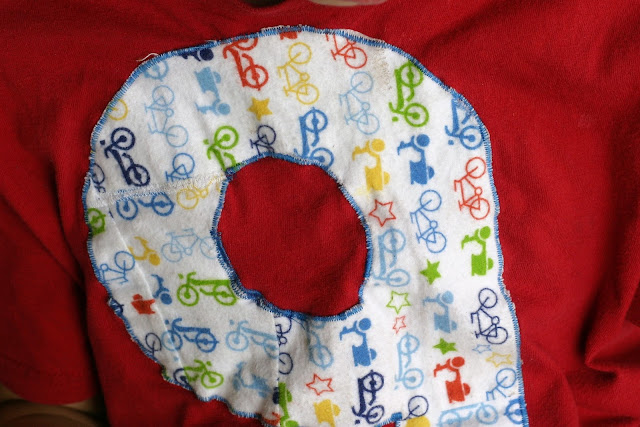 In fact, Ben ran his bike directly into a wall in a race with a friend because his brakes failed.  He is husking corn in the photo, and he could not even eat it off the cob because his mouth was so sore and his teeth loose.  That Ben!  He must be nine. 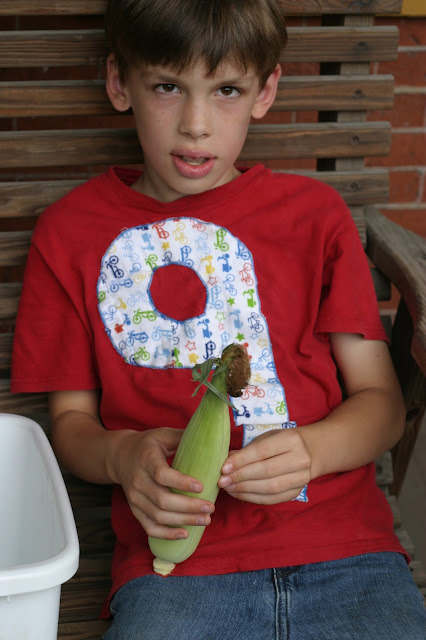