My big kids read a book for school called Chocolate Fever, and today Ben told me cheerfully that he has "lemonade fever."  He was mixing up a half-gallon of lemonade for his lemonade stand, which he has been doing every hot afternoon after his chores are done for two weeks now. 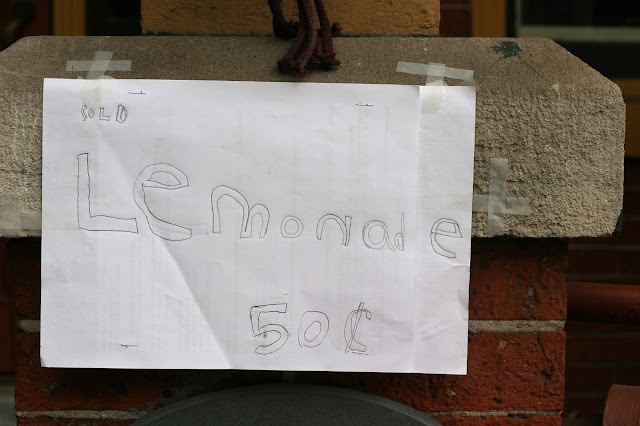 He's finally hit on a scheme for making money that works!  He has a product to be proud of (recipe below), he's learning about supplies and inventory (he buys his own and makes his own), and he's learning customer service.  At first, Ben would yell "would you like some lemonade?" at every pedestrian, but I patiently convinced him that people don't always want to answer questions or make eye contact. He's learned to yell "lemonade!" "fifty cents a cup!" "fresh squeezed lemonade!"

I also tried to convince him to make a bigger, brighter sign, but he's convinced that his yell is the ticket to success. 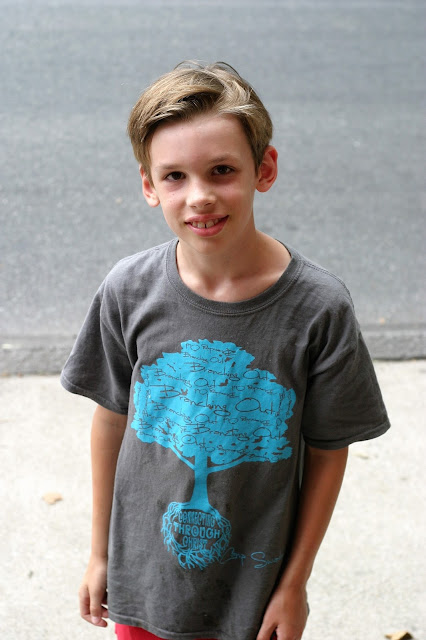 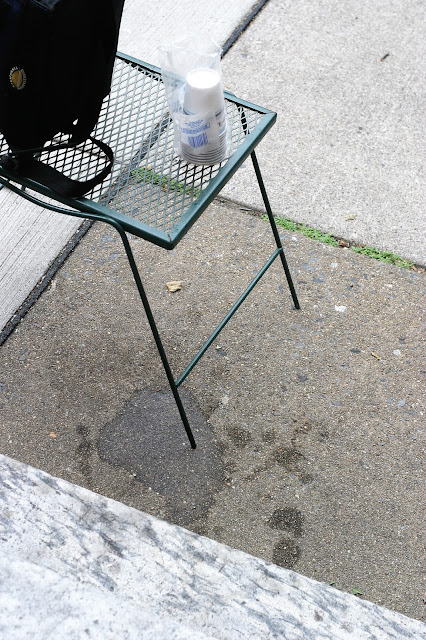 Recently, I was returning from an errand on foot when I saw a sweet young couple dawdling at the historic church, and he had one of Ben's lemonade cups dangling from his hand.  So I told Ben that I had seen some of his customers, and his face lit up because they were memorable:  "they gave me five dollars for two cups of lemonade!"  With some probing, I found out that young Ben said upon receipt of aforesaid five dollars:  "do you want change?"  Oh Ben.  Dear Ben.  We sat right down and had a lesson on giving change and how that change is given, as a right, back to the customer, and how any tip is handled as a surprise and a bonus with a huge thank you. 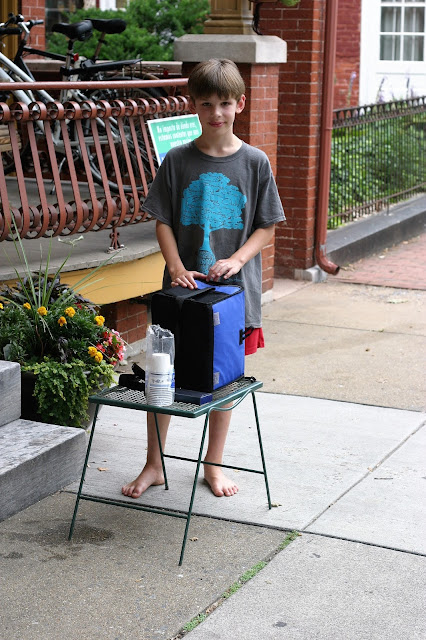 But the little old ladies are not helping this lesson to stick, because as often as not, they simply hand Ben some money as they wander by, declining a cup of lemonade. 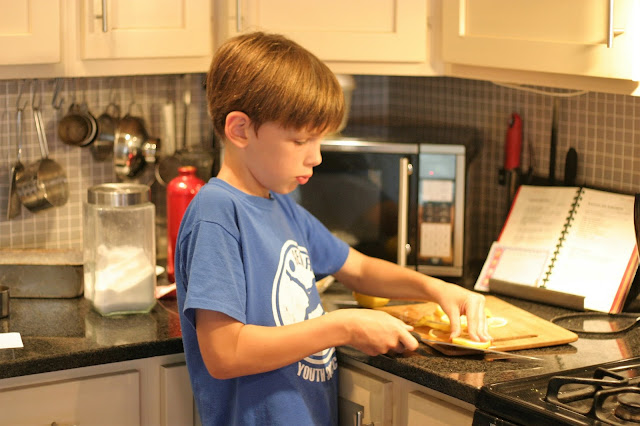 Ben is making very good money, actually.  My heart is warmed by all the people who want to encourage a kid.. . the neighbor who insisted that Ben take two dollars because fifty cents is not enough for a cup. . . the big sister who buys lemonade. . . the repeat neighbor customers. . .the contractor who came on business and bought a cup from Ben and told Ben personally that the lemonade was delicious and then later in an email to me that the lemonade was really good. . ..  It really is.  Try it yourself! 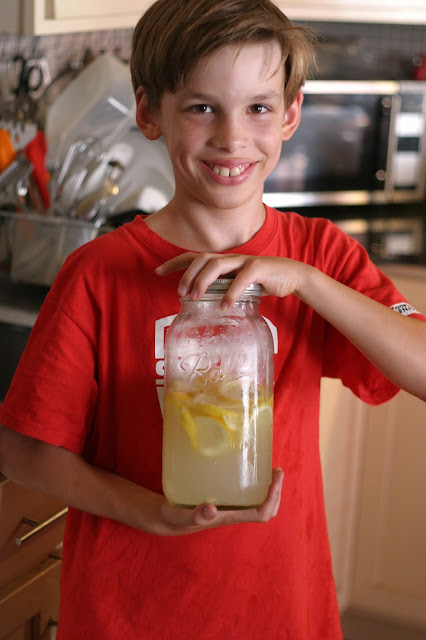 Ben's Lemonade (will not make you feverish, does not involve simple syrup or waiting, does not need adult help if you can handle a knife)

Makes a half gallon

Thinly slice three scrubbed lemons.  Pick out the seeds as best you can.

Put lemons in sturdy half-gallon pitcher.  Add 3/4 cup sugar.
Pound and mash with a wooden spoon (Ben says this is his favorite part).
Fill up pitcher with cold water and ice cubes.  Stir. Taste, and adjust flavor with bottled lemon juice if needed (this is my favorite part, to see my son tasting with panache and confidence; sometimes he asks me to taste it also, and then we discuss seriously, as cooking peers do).

In the event that you want to store this lemonade for more than a few hours, fish out the floating lemon slices and keep them separately or discard.  They will turn the lemonade bitter if they sit in there too long, and they're mostly for pretty anyway.
Posted by Margo at 10:17 PM