It's a long story, but it's a good illustration of how children learn and how adults can contribute, so I'll tell it.

Ben likes to earn money, so he often asks for extra jobs that I am willing to pay for and then squirrels his cash away.  He's been learning how to count and roll coins and how to keep a ledger recording money in and money out.


When the school hosted a Scholastic book fair, he asked if he could buy a book.  I said sure, because it was his money; I prefer to shop for used books or use the library.

He picked out two books and never said a word when the volunteer told him his total was $19.  But when we got home, he was very quiet.  And later, he burst into tears:  he didn't know the prices of the books and regretted spending that much money.  He didn't know where to look on the books for the prices, nor did he ask any questions.  Poor buddy.  He was distraught.

So we made a special trip back across town the next day with one of the books and the receipt to return it, although I cautioned him that I wasn't sure if book fairs can do returns.  While we were waiting in line, the principal bopped by and started chatting up Ben.  I could see Mr. S. was impressed with Ben's depth of feeling, so he offered Ben a job to earn some money if Ben couldn't get his money back for the book.

Well, Ben did get his money back for one book and kept one book, and he was happy.  And he was overjoyed when Mr. S. said the job offer would still stand, but that Ben needed to send him a proposal and pay schedule for his services.

Ben was delighted to be treated like a wage-earning adult, and dictated an email through me to Mr. S. suggesting what he could help with (uh, that was a hard one: what can an 8-year-old help a principal with?).  I suggested "bake cookies" since Mr. S. has a legendary sweet tooth and Mr. S. said yes, indeedy, he would like a dozen cookies but to be sure Ben paid for his ingredients. 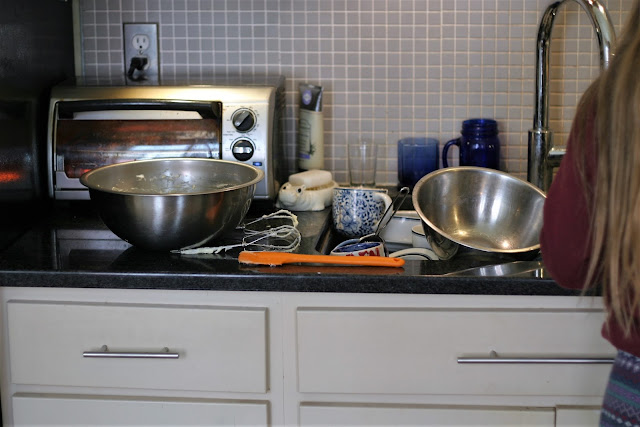 So Ben took a pencil and paper and went with me when I went grocery shopping so he could write down prices.  Then, later, I helped him break down those prices for the amounts in his Snickerdoodle recipe, and then, further, for the dozen cookies he was taking to Mr. S.

So Ben baked cookies on one of the snow days last week.  He had never baked cookies before, so we talked through the recipe, and I stayed nearby while he worked. 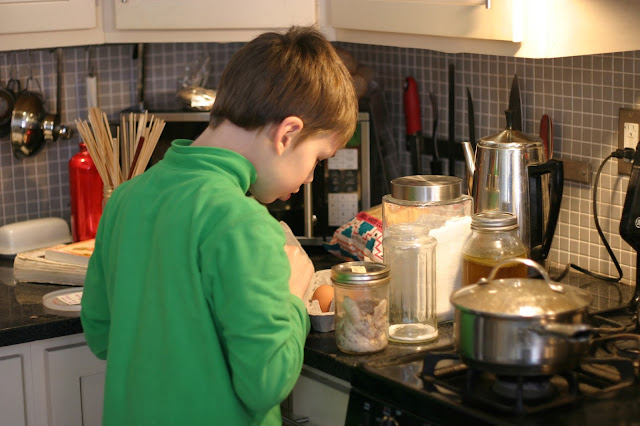 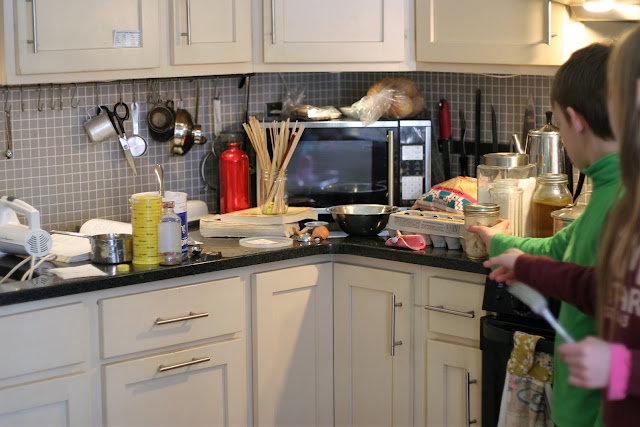 I took these photos to illustrate how epic the baking process was.

I'm really not even sure how I had the tolerance and patience for this project.  Maybe it was his pride and grit that impressed me?  He's something special, that Ben.

I never took photos of the cookies!  They were good, but very dense:  we think he forgot the baking soda in all that chaos. 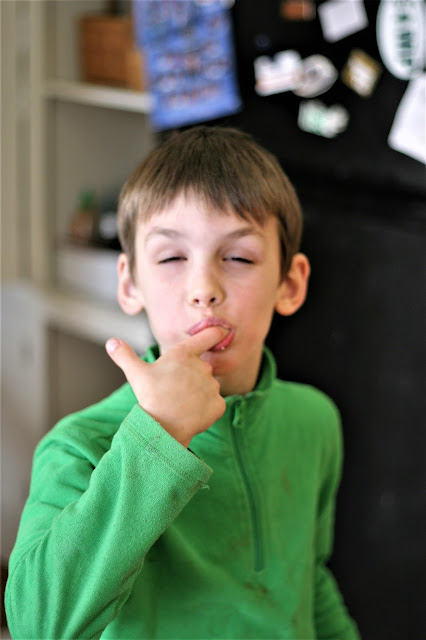 And then he forgot the cookies on the porch the morning he was supposed to deliver them to Mr. S., and only remembered when we were halfway to school; yes, we turned around.  I love that Ben!
Posted by Margo at 10:00 PM

Email ThisBlogThis!Share to TwitterShare to FacebookShare to Pinterest
Labels: cooking with children, schooling