Part 1:  Obsession. I never really had good marmalade, homemade or otherwise, but only the random store-brand jar I bought back in early married life.  I liked that fluorescent goo, so I was really excited to taste homemade marmalade.

Part 2:  Research.  Jam-making is tricky for me.  I decided on Marisa's Three-Citrus Marmalade, despite some worrisome comments on the recipe that using the pith, peels, and seeds for the pectin made the marmalade too bitter or runny or both.  I've had wonderful flavors from Marisa's recipes (but dubious set sometimes - but that is the unreliable nature of jam-making). 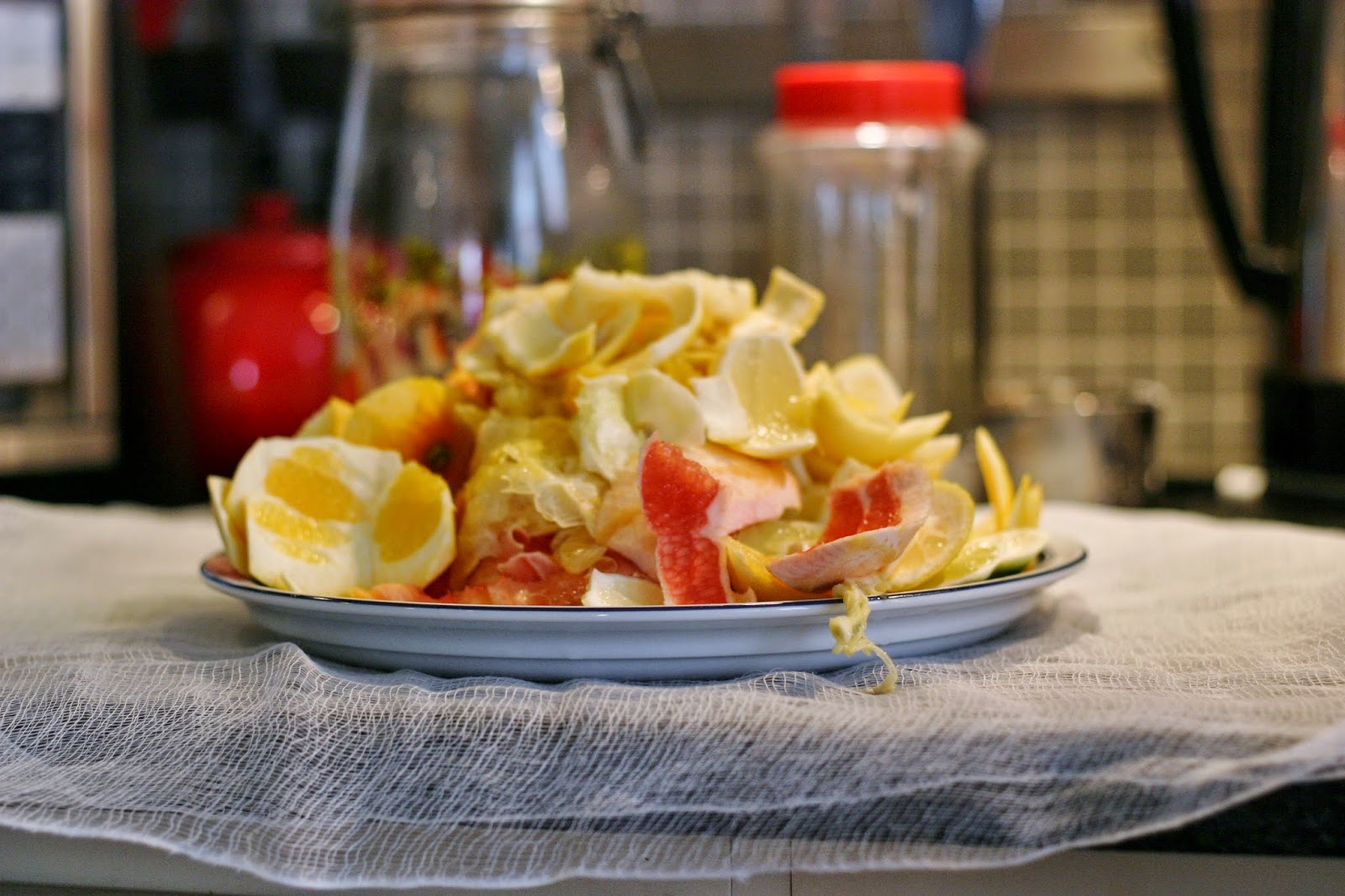 Part 3:  Hard labor.  Seriously, all that peeling, chopping, supreming, ugh.  Fortunately, I pulled up a stool to the counter to rest my pregnant self while I toiled away.  Boiling and boiling and boiling the marmalade, worrying that it couldn't seem to get itself up to the magical 220 degrees.  I did take a small taste and horrors!  it was so bitter!  I even threw in some more sugar - I could not bear to waste all my time and the organic citrus. I canned it (6 half-pints) and the set was beautifully firm, the way I like it. 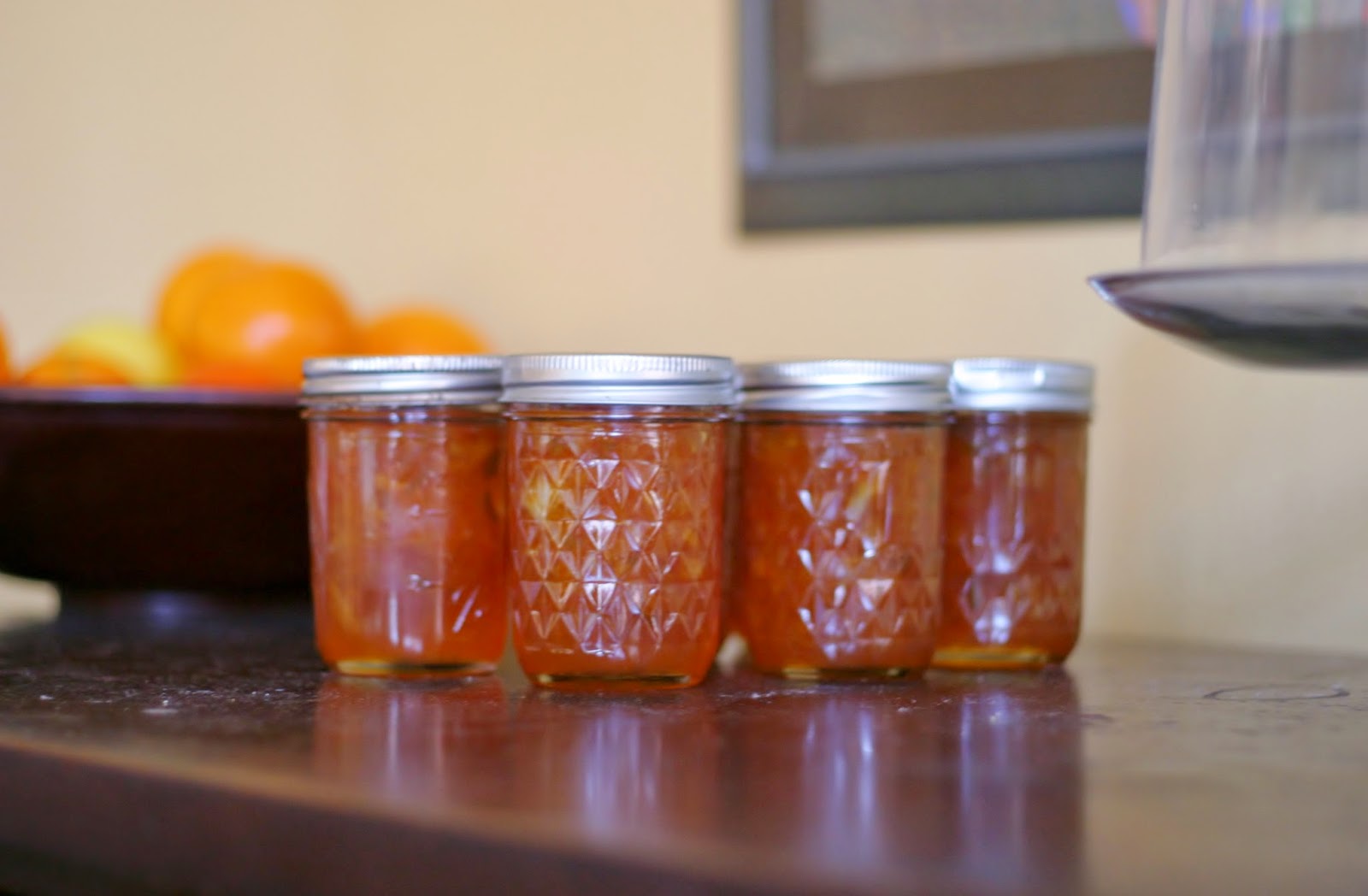 Part 4:  The Very Happy Poem.  I fretted to everyone about my pretty marmalade that was horribly bitter, but then I decided to just try it on a muffin one snowy morning, that maybe this marmalade wasn't meant to be eaten straight.  And it was wonderful! 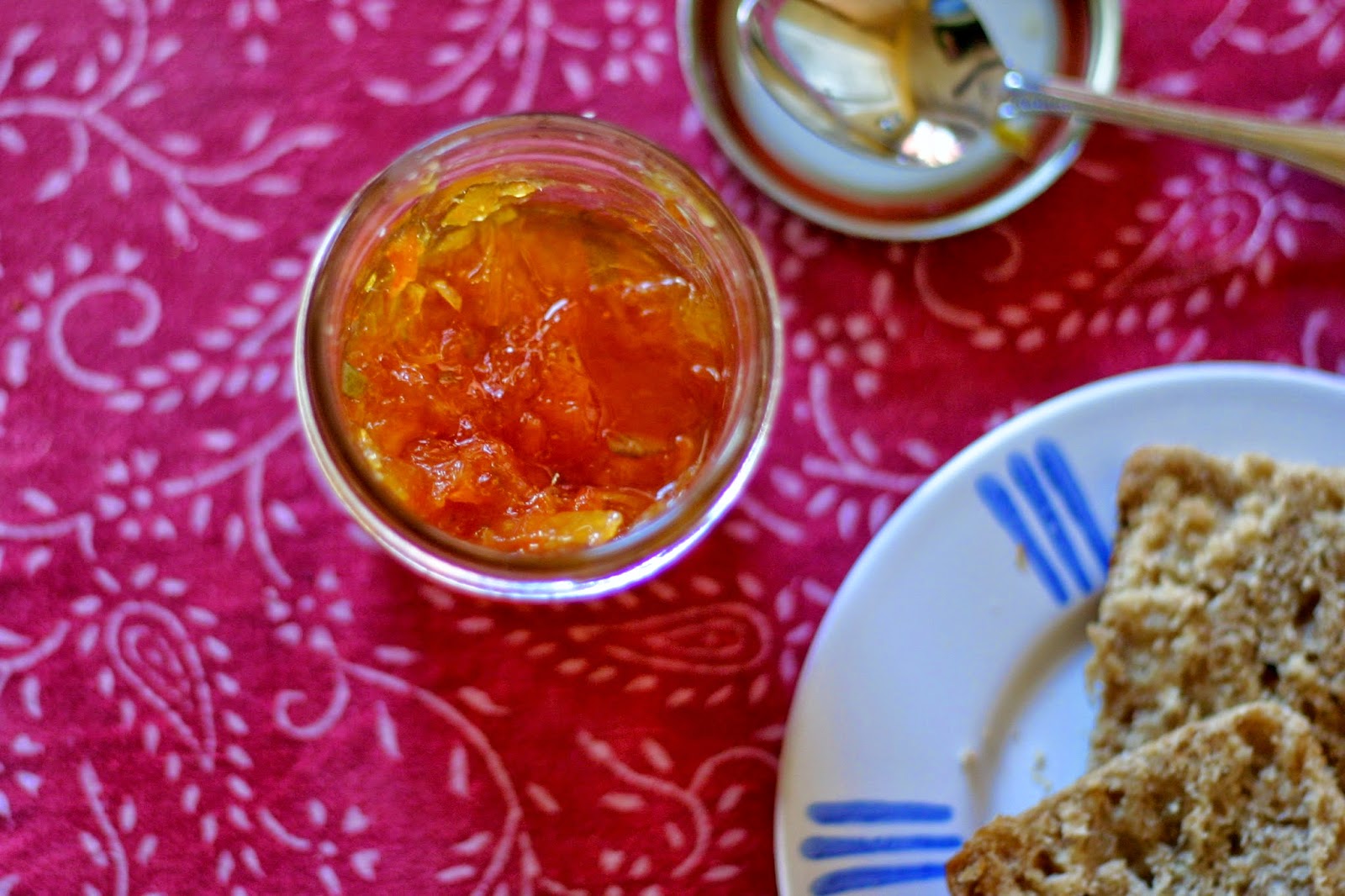 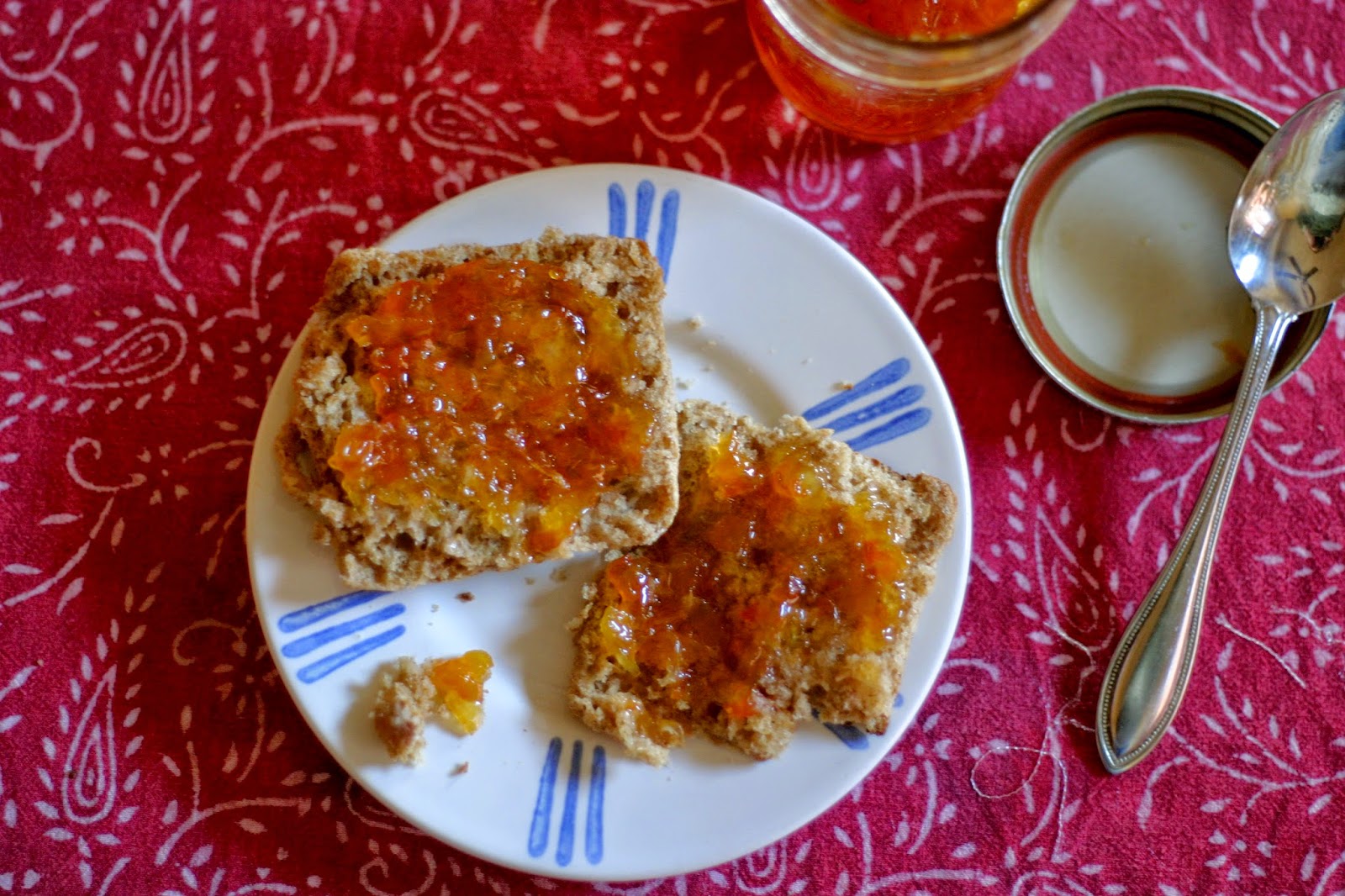 How did that happen?  Did I mis-taste the first time?  Did it cure or do something magical in the 36 hours it sat canned in its jars?

I was slathering the marmalade on oatmeal muffins that were not overly sweet (more on those muffins in a later post) and here it is on an angel biscuit which has zero sweetening, but the marmalade is gloriously zingingly tart and sweet together.  I love it (so does my husband, but the children do not). 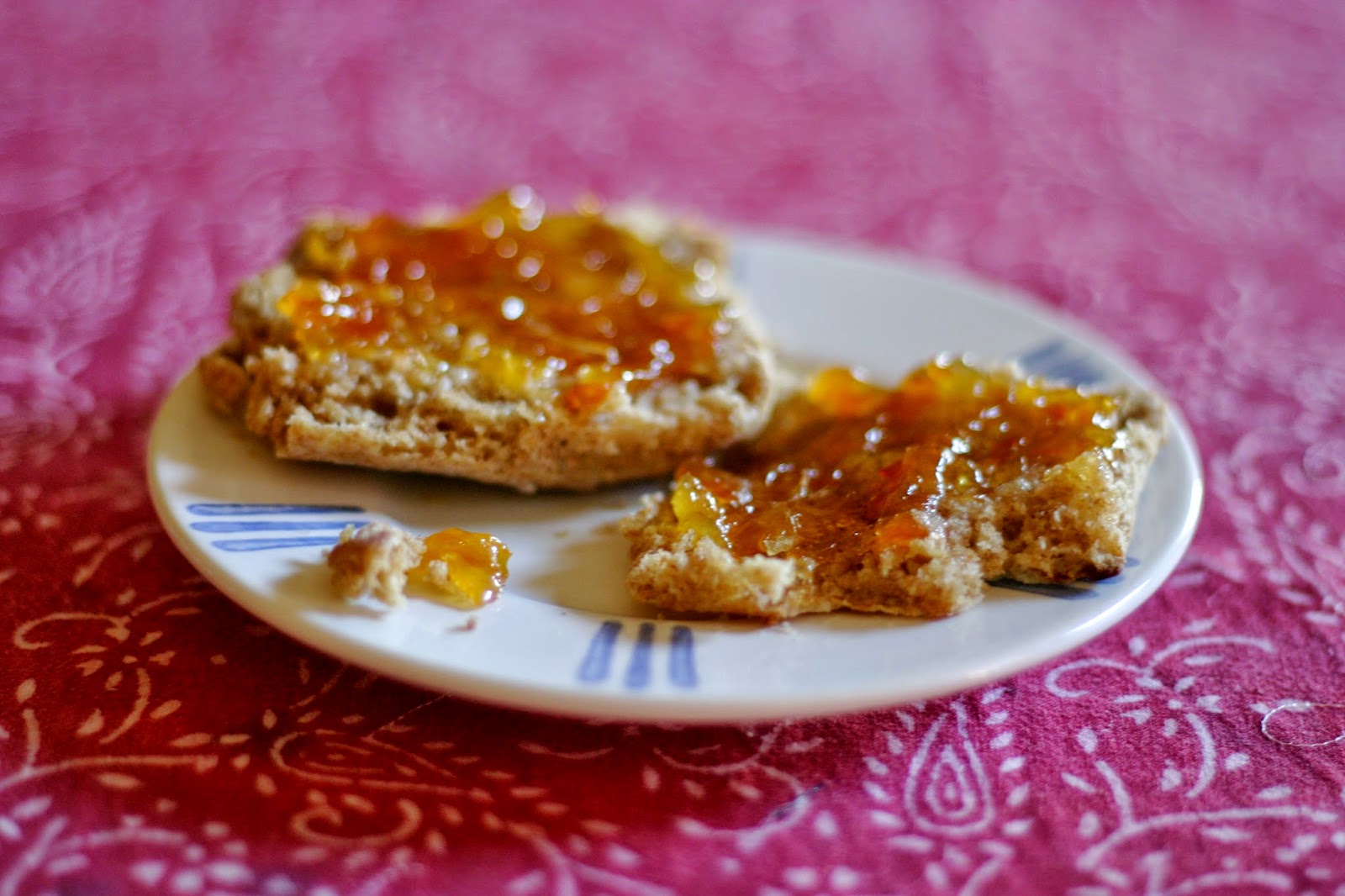 And when you say "homemade marmalade," you have a rhyming poem, right there.  And then you can have a bite of poetry if you make this marmalade.
Posted by Margo at 9:44 AM

What a wonderful outcome! I've always been really nervous about jam-making too. Jx

It is delightfully pretty. Wish I liked the stuff. Maybe homemade would convert me...

My Grandmother just gave me a half dozen Angel Biscuits at Christmas time. I'd never heard of them before. They were quite yummy, though I prefer her standard wheat rolls. This may just be due to nostalgia over those rolls with homemade raspberry jelly--a classic treat at Grandma's. I am sure glad the marmalade was a success. Yay!

I am SO happy to hear that the recipe worked for you and that it wasn't as bitter as you had initially feared!

The words marmalade and slathering just belong together, yes?

I'm glad it worked out, after all your labour. It looks wonderful.

Mmmm - fantastic! The things you make always look so good! :)

So happy it turned out.. ENjoy.