It just happened, like dominoes, that I slapped some graphics on tees for the children.  First, Genevieve found a funny tee-shirt at the thrift store in size 4.  I told her I could cut out the peeps graphic and sew it on a larger shirt - and she thought Grandpa would love it because he loves peeps (gross), but on second thought, Grandpa would never wear a pink shirt.

So I found a sale at AC Moore to buy Genevieve a plain tee, but I it was for two tee shirts, so I bought a tiny little one for Phoebe too because I suddenly remembered some vintage iron-ons I had in a drawer.  Then I ironed some interfacing around the back rim of the peeps disc and sewed it on to the new shirt.  "Imagine world peeps" in case you can't read it. 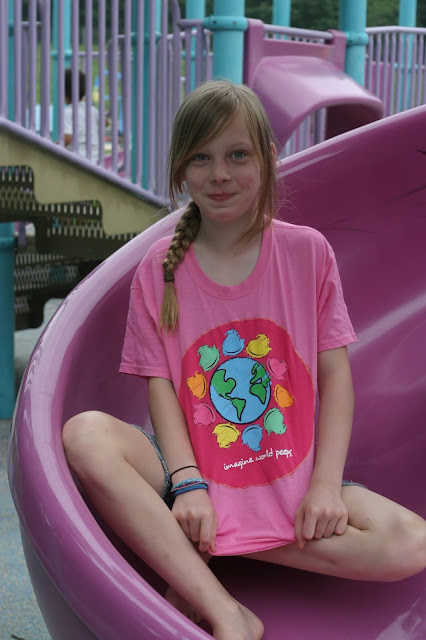 So here is Phoebe's little shirt and look here for Genevieve's shirts from the rest of the vintage scratch-and-sniff iron-ons (and visualize Genevieve trying to help Phoebe understand that she can scratch this thing and smell it - oh, that's funny!). 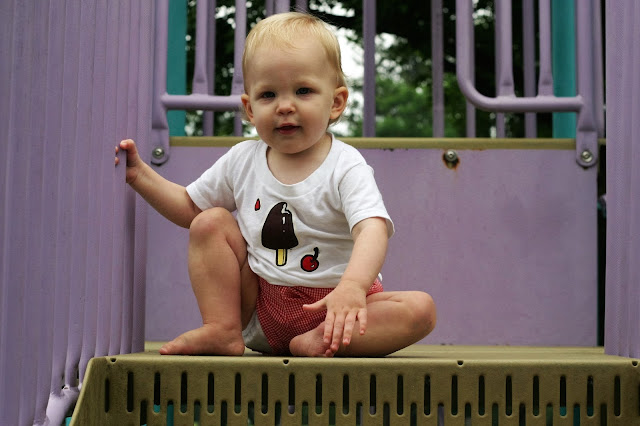 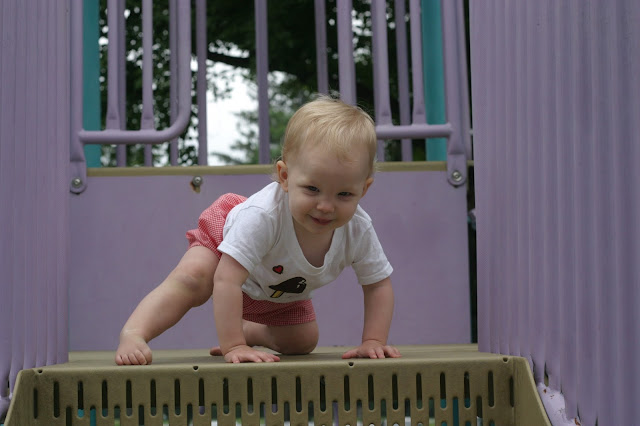 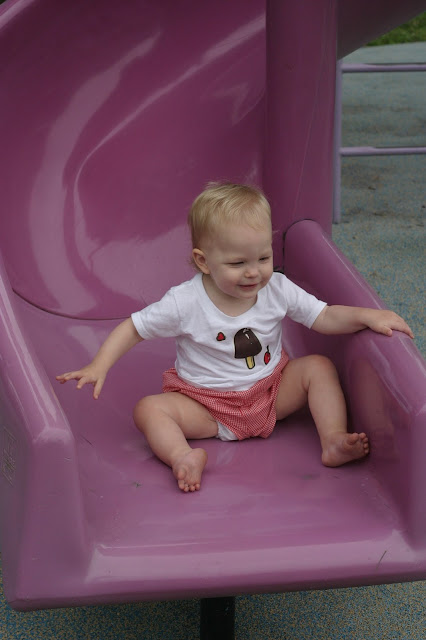 And then I offered to make Ben an "eight" shirt with one of the plain tees that surfaced in a bag of hand-me-downs (oh thank you Lord for generous friends who pass on clothes!).

He had a "seven" shirt last summer, which disappeared at some point (probably camp).  I asked him for opinions about the size (BIG) and fabric (shrug) for the eight and he was very pleased with the results. The plaid is some that was left from Grandpa's shirt, also in Ben's quilt.  I wanted the eight to look handmade and a little wonky.  I can't explain why; we want what we want! 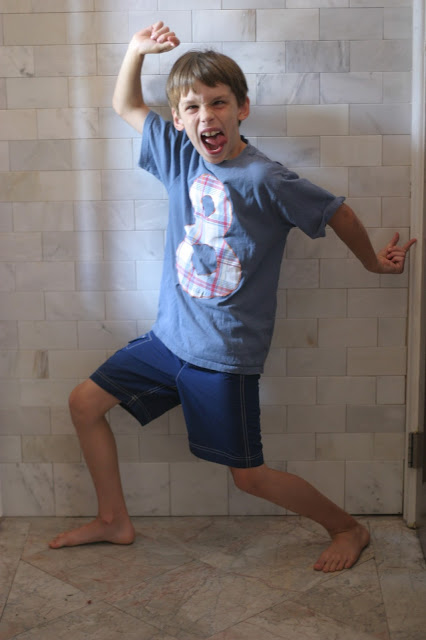 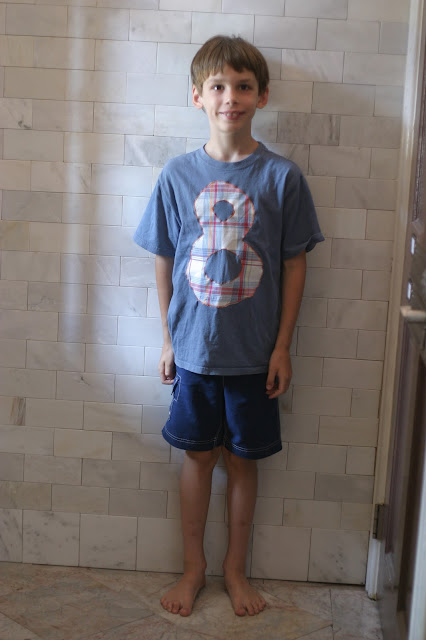 All of this happened in early July and now these tees are faded and probably a bit stained (I don't look too closely).  We are deep into summer. 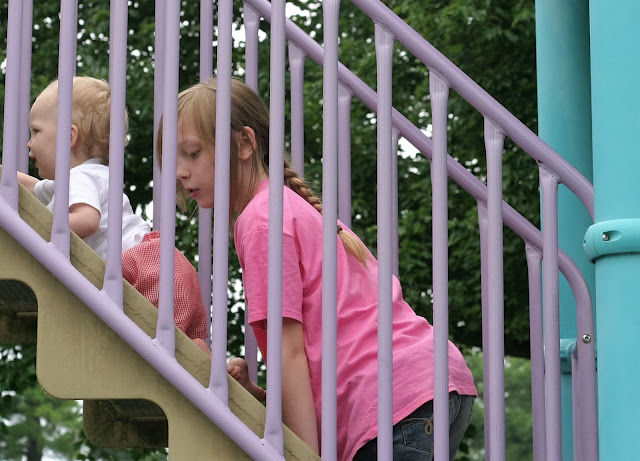