I offered to make him a bag of sorts to hold his toiletries (try explaining that word to a kid, eh?) and he chose the whimsical leopards. 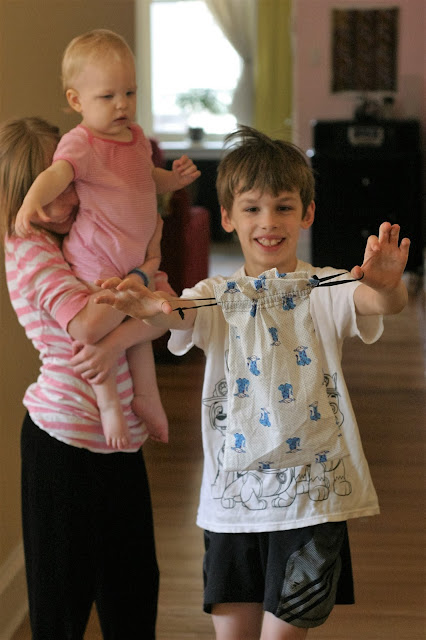 We've tried to coax as many details and stories out of Ben as possible, but the tangible evidence of camp is the amount of clothing that did not return with him.  He had a smattering of other boys' socks and undies. The sunscreen disappeared too, even though I had scrawled our name on it with Sharpie.

However, this is nothing compared to my brother's camp experience when he was a boy.  He left for wilderness camp for a week with a neatly-packed duffle bag and returned home with it at the end of the week, untouched.  Still packed.  Not one thing used out of it.  Kids and camp!