A Monster and a Robot for Ben

A hole appeared in the knee of a nice pair of Ben's jeans. 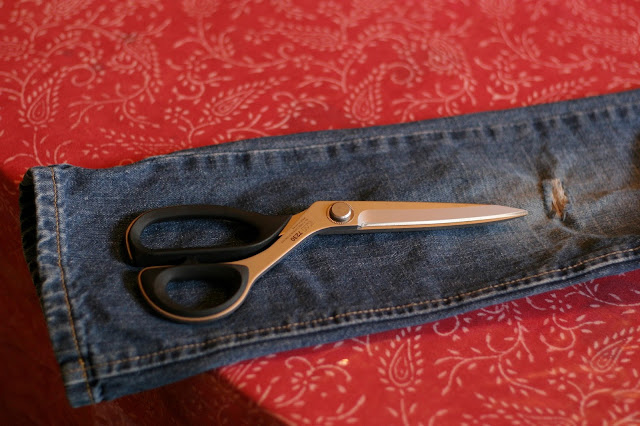 I wondered if he would like a monster face there, something I had seen on Pinterest.  He was charmed, and I amused myself one Sunday afternoon with needle, thread, and fabric scraps. 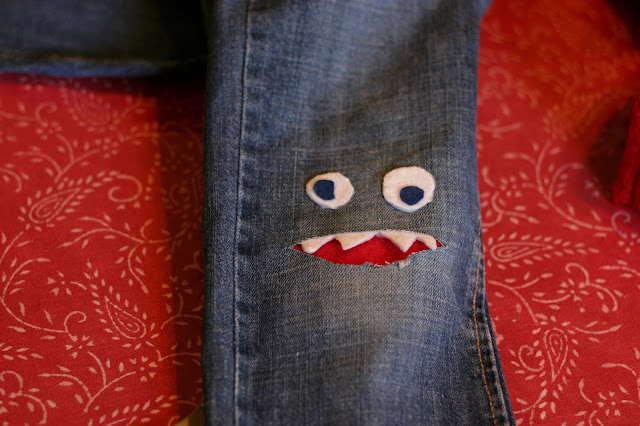 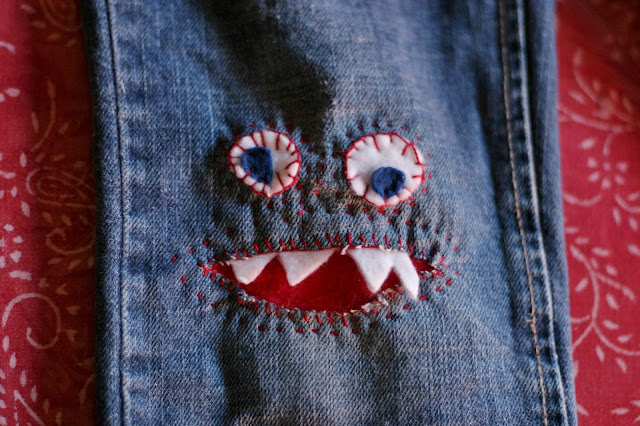 I did the patch entirely by hand so I didn't have to rip open the side seams to get the leg into my sewing machine.  It was not as difficult to hand-sew through denim as I thought.  We love Ben's monster, and he often gets compliments when he wears the jeans; in fact, he styled himself on Sunday with a sweater vest, red bow tie, (orange snow boots - whoops, forgot the penny loafers at home), and his monster-knee jeans. 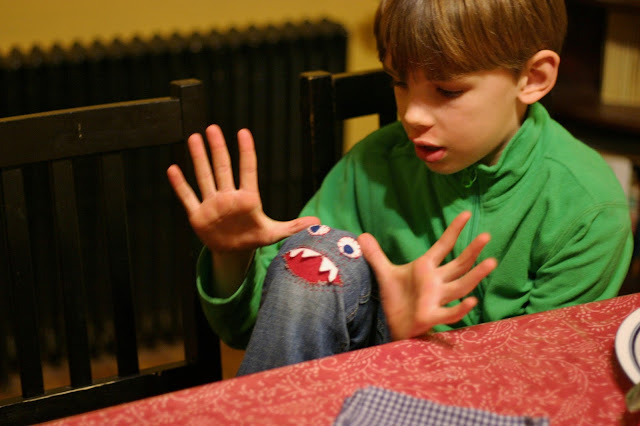 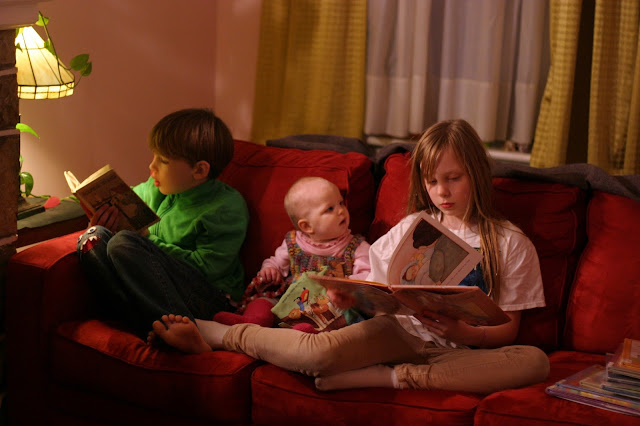 The robot came about because I bought Ben a plain green sweatshirt at the thrift store and offered to embellish it for him.  He drew a robot for me, which I had to modify to sew, which did not please him, so we had to go back and forth several times at the drawing board. 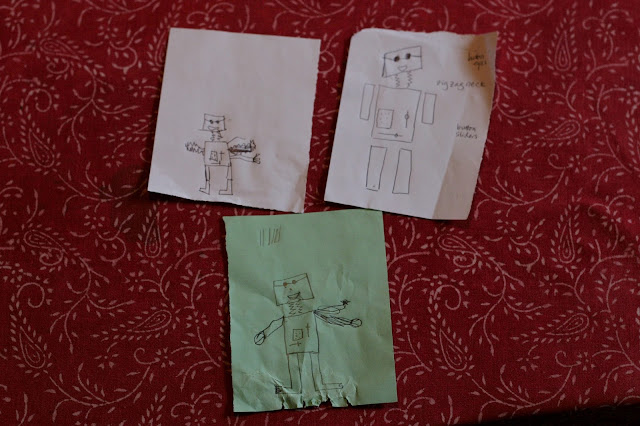 I don't enjoy looking at the final result as much as he does.  He is so pleased that his robot has sunglasses. 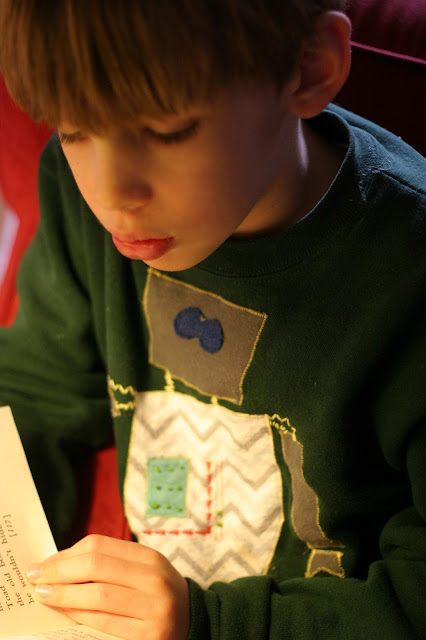 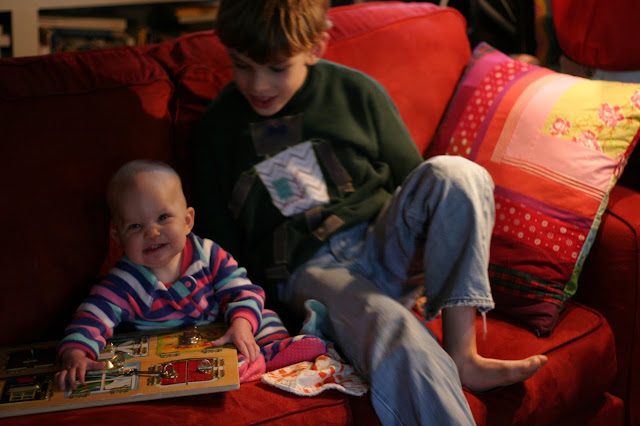 I am just pleased to have so much fun sewing things for my boy that he loves. 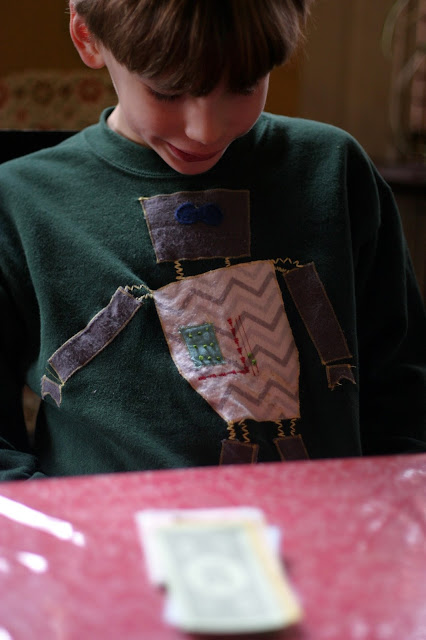