In a suddenly adult moment, I realized that my children were not going to be taught how to type by their schools.  I guess the schools can only focus on state testing? Expect students to use their texting thumbs forever? It was up to me to launch them into the world as typists.  I expect this skill to be useful for at least a few years until whatever new mind-blowing device appears that we can't even imagine yet. I decided it was worth it. 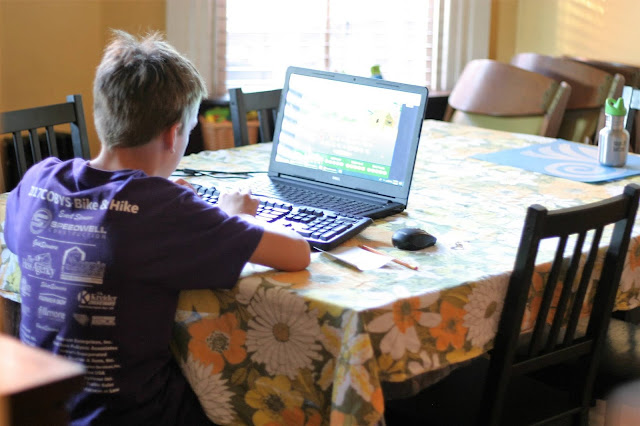 I scrolled through a few free typing programs and settled on BBC's Dance Mat Typing.  This proved to be too silly for Genevieve, so I let her switch to this program, but the rest of us go around cooing "type on me" in a British accent. 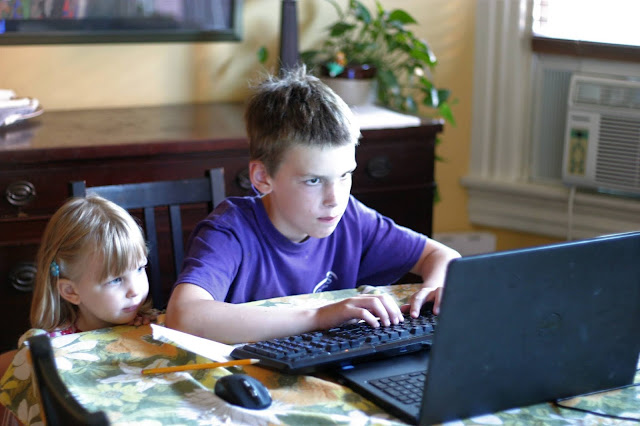 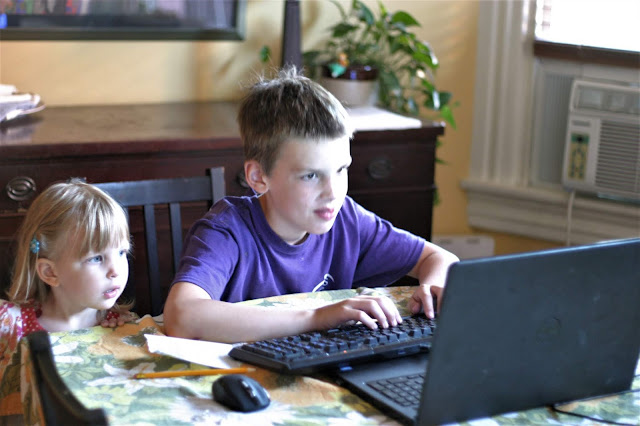 I make Genevieve and Ben work on their typing every day as part of their chores.  They complain about it.  They don't see the need for this skill (please weigh in if you think this a useful skill anymore!). I was hoping they'd be great typists by summer's end, but they're both only about three-quarters of the way through memorizing the keys.  Oh well.  There's always next summer.

Email ThisBlogThis!Share to TwitterShare to FacebookShare to Pinterest
Labels: chores with children, schooling