Pride goeth before a fall.  Yes.

My sister proposed a joint birthday party for herself and Phoebe and I jumped at the chance to make whatever birthday dessert she desired.  She ultimately wanted a layer cake and let me choose, as long as it involved chocolate.  I returned with high hopes to Vintage Cakes by Julie Richardson; I had made a wonderful Italian Cream Cake from her book, and I wanted to make another fancy cake.

I chose The Pink Cake, a luscious (read: lots of fat and special ingredients) chocolate cake with a "raspberry buttercream."  To me, a buttercream icing is the kind where you beat butter with powdered sugar and a little milk and vanilla and done.

However, there is an alternate universe of Buttercream-That-Will-Make-You-Cry where buttercream involves a pound of butter, six egg whites and in this case, a whole bag of frozen raspberries pushed laboriously through a strainer to make them seedless.  And the technique:  people, the technique is bizarre and tedious and there is a tightrope to walk and if you fall off, the buttercream will die (and you will cry). 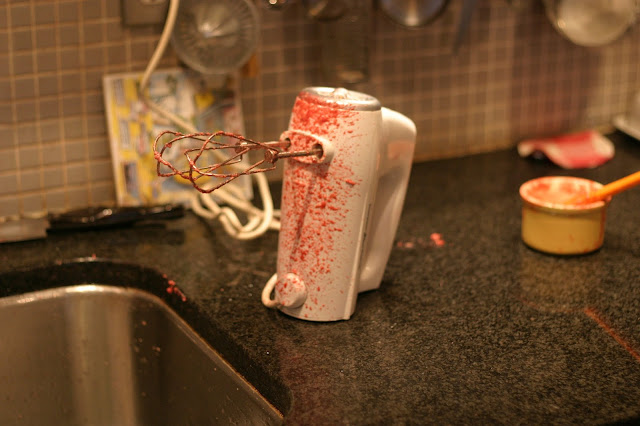 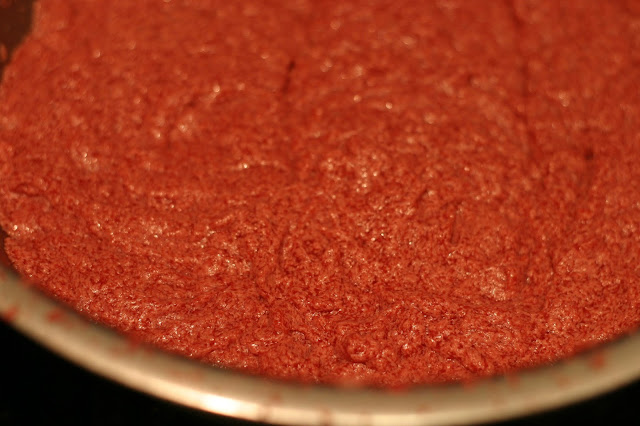 Actually, after about 10 minutes of my mixer on high, my Buttercream-That-Will-Make-You-Cry did actually look like a dreamy cloud, but then I dumped in the raspberry puree with the vanilla and salt as Julie Richardson airily said to do and the whole thing went to curdled hell.

I tried tricks because at that point, I discovered via Google that I had been walking a tightrope and there were tricks for this icing.  I tried adding chocolate, an emulsifier.  I tried a period in the fridge.  I tried calling my best friend and wailing (she recommended hurling it on the compost pile). I tried beating it an additional 20 minutes. Yes, TWENTY. I tried microwaving parts of it and reintroducing it back to the flecked mess in the bowl. 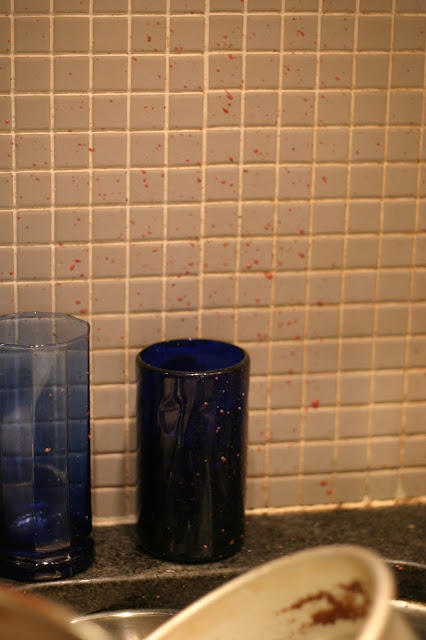 Please note that at this point, I had not cried.  I was mad because I had put a lot of time and ingredients into the Buttercream-That-Will-Make-You-Cry and I wanted to taste that chocolate cake against the pink raspberry heaven.  Instead, I whipped up a peanut butter icing and put it between the triple layers, and then swathed the whole thing in cheater Italian meringue (7 minutes to make, start to finish). 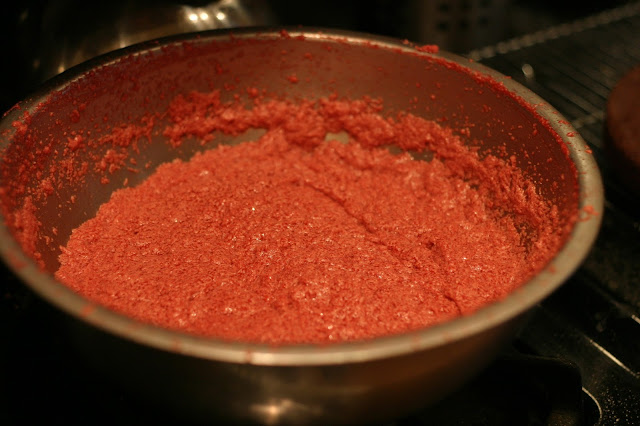 During the car ride to the party, guess what those dumb old stupid cake layers did while I cradled them like a precious baby in their cake stand?  They slid sneakily and irrevocably apart.  So that's when I cried.

The cake was pretty good.  The birthday girls were pleased.  I was mostly mollified.  But I still have a bowl of red and white curds in the fridge that I'm not sure what to do with. 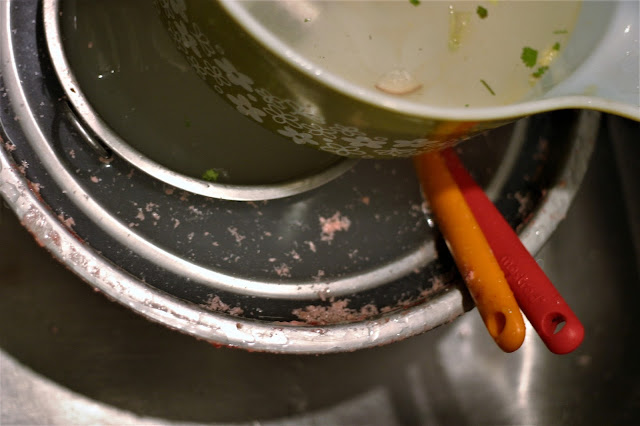 Had it uncurdled itself, my icing would have been a much darker pink than Julie Richardson's photo of The Pink Cake in her cookbook.  I followed her instructions for amounts to the letter, although she did not indicate how much raspberry puree was supposed to result from 4 cups of frozen berries.  I think my buttercream suffered from too much acid and water from the raspberry puree, and I wish she had included an exact amount to add so I could have ended up with pink Buttercream-That-Made-Me-Cry-From-Sheer-Deliciousness.  But I've passed on my experience to you and I'm happy to hear your buttercream tales (of woe or delight), too.
Posted by Margo at 7:33 PM