Four years ago, I made soap.  It was good soap and not as difficult as I thought it would be.  So I accumulated more fat in the freezer and finally, just before back-to-back vacations and in the middle of summer canning, I became obsessed with making soap.  I briefly argued with myself about the timing, but the heart wants what the heart wants.

Because I had waited four years, I had to study up on soapmaking all over again. The most helpful instructions came from an article by Amber Moss Ek in the Song issue of Taproot.

The recipe I used came from a library book whose name I have purged from my memory because it recommended adding water to the lye which is dangerously, explosively wrong (I corrected the book in pen in the margin, but still).  Here's a useful mnemonic for this part of soapmaking:  snow falls softly on the pond (slowly add lye to water, never never never the other way around).

I had to wait a while for the lye solution to cool down, so I snapped some other photos, too. 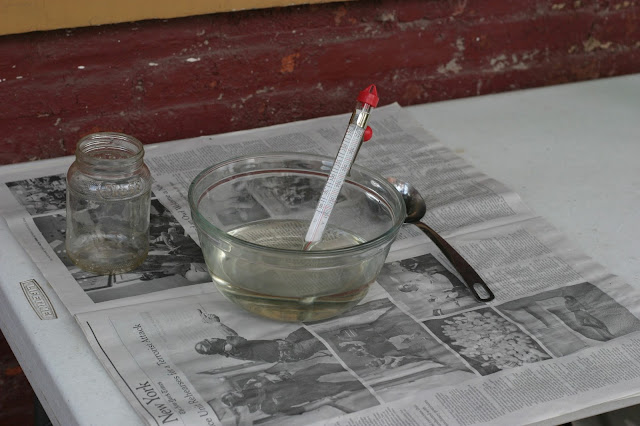 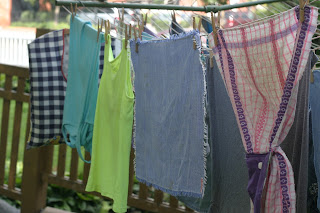 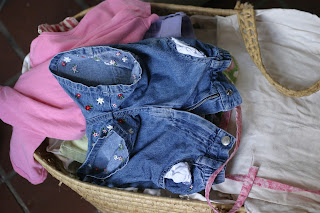 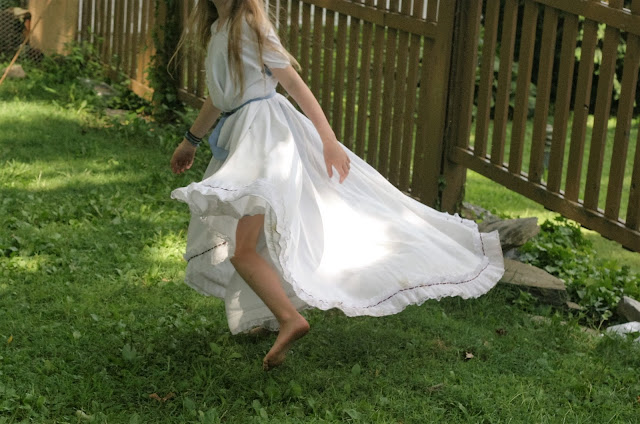 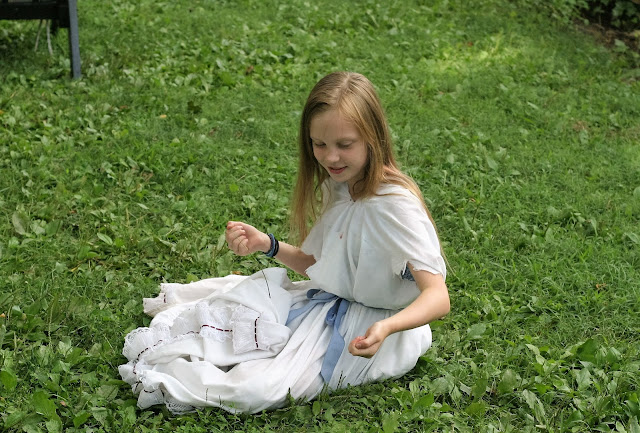 The big kids were strictly warned away from the soap-making area and the baby was napping.  I myself made sure to wear glasses, gloves, and old clothes.  All went well, especially the part where I explained to the big kids what a chemical burn would do to their skin if they got too close to the lye.

The fat that I had collected was mostly tallow, but also some random globs from other meat.  I found instructions from Esther Shank in Mennonite Country-Style on how to clean fat that has cooking contaminents in it that may prevent the soap from setting properly.  I added the fat to an equivalent amount of water in a large pot and boiled them together for about 10 minutes.  Then I cooled the mixture, refrigerated it, and scooped the cleaned, hardened fat off the top of the "dirty" liquid on the bottom.  It must have worked, because my soap set up beautifully. 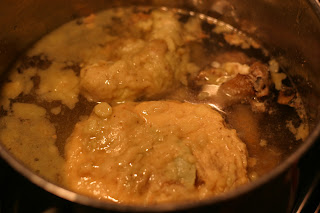 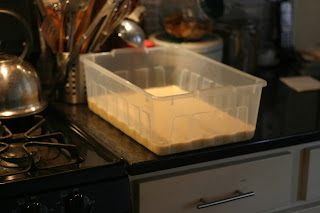 I tried using a plastic tub as a soap mold; unfortunately, I broke it in the process of getting the cake of soap out.  I will do more research about soap molds before I make more soap. 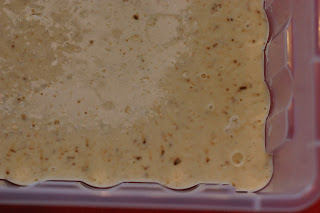 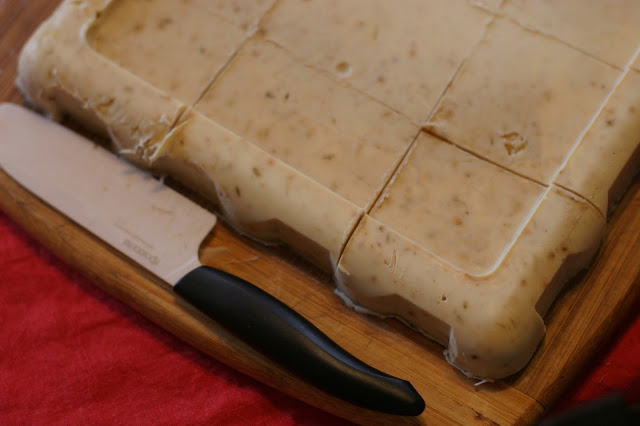 I added the lavendar per Amber Moss Ek's instructions.  I ground up the lavender in my spice grinder, an old coffee grinder set aside for non-coffee jobs. After the soap had thickened ("achieved trace"), I stirred in the powdered lavender.  I had more lavender flowers than I needed, so I made some sachets on the spot. 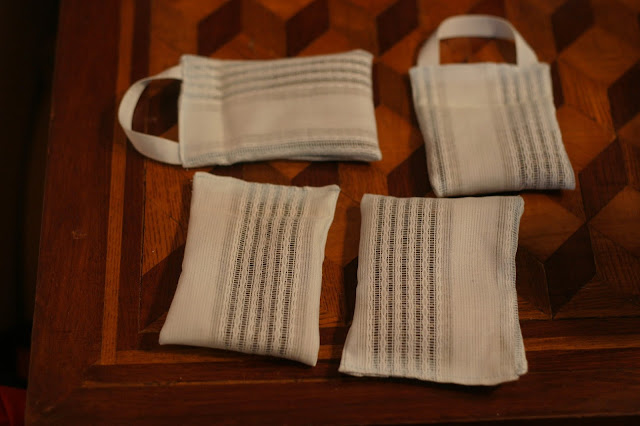 And now the soap will cure for 6 weeks in the top shelf of Phoebe's closet.  I'm excited to try it out! 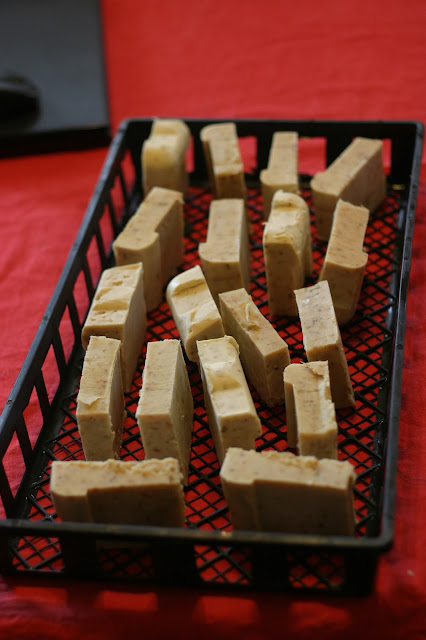 Email ThisBlogThis!Share to TwitterShare to FacebookShare to Pinterest
Labels: soap